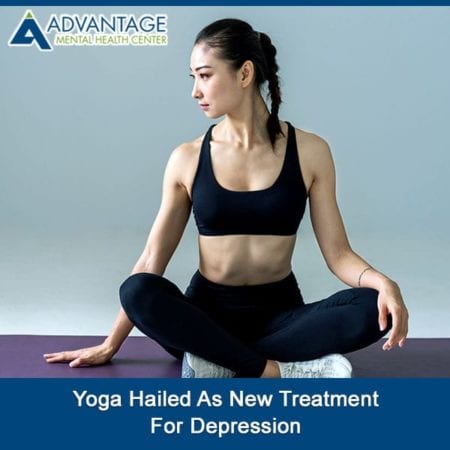 A new psychiatric study has offered evidence that yoga can be used as a treatment for depression. The study divided 30 subjects into two groups which received either two or three yoga classes a week. After 12 weeks psychiatrists determined that all of the subjects reported a decrease in anxiety and an increase in overall positivity, leading to the conclusion that yoga helped the subjects with their depression.

Many studies focused on depression can have misleading results. However, this study had a unique stipulation that helps add some validity to the findings. Test subjects in the study were required to have taken antidepressant medicines for at least three months before the study, ensuring that the results were due to yoga and not medicine.

For many people, yoga is used as an escape from reality, a practice that allows you to connect your body and mind. While some people use yoga as a way to socialize or be part of a trend, many do it to push themselves. Yoga can provide people with a sense of accomplishment, so it makes sense that psychiatrists would think that it can help treat depression.

I personally practice yoga as a way to relax and enjoy life. Yoga is a way for me to feel in tune with my life and my surroundings, to create a balance.

Previous studies on yoga have determined that it can have a positive impact on the human body. Even on a neurochemical level, psychiatrists have already calculated that yoga and yoga breathing techniques can improve overall health. To that end, it is reasonable to suggest that yoga could also have an impact on anxiety and depression.

With studies on yoga, one must determine which type of yoga was being practiced in order to understand the results. In this study, psychiatrists had users perform Iyengar yoga. Iyengar yoga focuses on participants performing different positions and postures, and it often uses many props.

Other types of yoga are out there, and many are also said to be beneficial to physical and mental health. From sculpt yoga to hot yoga, most forms of yoga can positively impact human health. Yoga in general can be used to help regulate stress and anxiety in a person’s life, so all types can be beneficial.

This study could prove to be very beneficial to those that suffer from depression. Yoga is an exercise that is easy to plug into your everyday life. Implementing yoga into their routine could be groundbreaking to those who have depression and do not have access to antidepressant medicines.

As studies like these continue to be published, psychiatrists have begun recommending yoga to patients for all sorts of afflictions. Patients afflicted with anything from trauma to insomnia are now being instructed to practice yoga. Breath management, which is a huge aspect of yoga, is also now being used by physicians around the world.

Many psychiatrists today have patients focus on their breathing while at their appointments. Employing yoga breathing techniques can help patients to feel relaxed and in tune with their emotions. Breathing exercises like those used in yoga have been proven to help with anxiety and overall health, so it is natural that psychiatrists would look to utilize them in their practice.
Other branches of medicine around the world have utilized yoga as well. Ayurveda, which means “the science of life,” often uses yoga in its techniques. Rooted in India, those who practice Ayurveda traditionally prescribe alternative medicines to their patients, instead of treatments like antibiotics. Yoga is one of these alternative medicines that are often prescribed, as it is believed to promote spiritual and physical well-being.

Many say that yoga is not truly medicinal in nature and that it does not provide users with benefits other than improving physical fitness. However, many studies support the conclusion that yoga can be a valid treatment for ailments like depression. By believing in this new form of treatment, psychiatrists are offering a new type of medicine to those who desperately need it.
The future is bright for those that enjoy the yoga-based treatment. With every new study that comes out, it becomes more and more clear that yoga is truly a game changer in the world of medicine and psychiatry.

Many people are suffering from different mental health-related problems. Most of these issues can be dealt with by using the existing pharmacology system and the expert psychiatrists. Keep in mind that recovering from psychological disorders is possible. For consulting professionals in Clearwater, FL are you can get in touch with The Advantage Mental Health Center. You can schedule an appointment with you to discuss your treatment options.