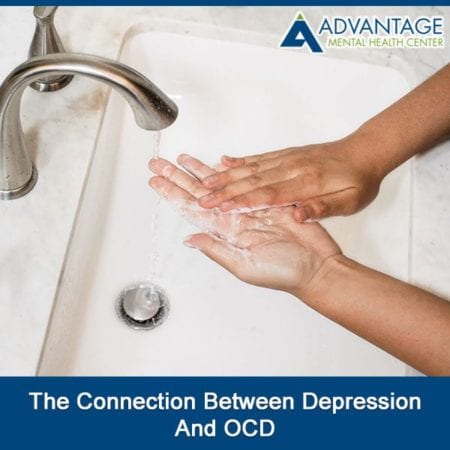 When you have OCD your mind is full of anxious, dreadful thoughts. While you know they’re irrational, they consume you nevertheless making you feel hopeless. Generally speaking, this mental condition has a lot in common with depression. In fact, oftentimes they’re comorbid conditions.

How Your Random Thoughts Differ

While both OCD and depression cause negative thoughts that interact in complex ways, these thoughts are subtly different. This is why when a patient seeks relief from one, they may paradoxically embrace the other thought pattern. When you find yourself embracing depressive thoughts, you’re entering into what psychologists call “rumination.”

Rumination is a thought style that has to do with more than just the negative content that’s present. This is a “recycling of thoughts,” meaning that the thoughts and ideas are recurring. Joormann and Gotlib authored a paper entitled “Rethinking Rumination” in which they say that those involved with rumination respond to distress in a repetitive and passive fashion wherein they focus on their distress’ symptoms, as well as the causes and consequences of these symptoms. This demands continuous, exhausting cognitive effort from a person but it will never produce results or solve a problem because the person doesn’t take any action to fix their problems.

Obsession and rumination are both exacerbated by a person’s tendency to dwell on negative information. This makes it difficult to inhibit negative thoughts, even when they’re irrelevant or when they patient understands that such thoughts are either irrational or incorrect. For these patients, trying to resist such thoughts doesn’t work.

As these types of thought patterns continue to repeat themselves over time, patients grow increasingly familiar and comfortable with the rumination process. They will then start selectively retrieving and rehearsing negative recent events that support their feelings of loss and hopelessness. This type of “mental rehearsal” makes it increasingly easier for the patient to slide into rumination. As such, people who suffer from major depression are more likely to slide into this type of thinking because they tend to find security in it.

Distinguishing Between Obsession and Rumination

The distinctions here are quite subtle, especially since they both are rooted in a person’s concerns about control and uncertainty. However, there is a difference and it’s found in the balance between uncertainty and defeat.

With obsession a person still feels as though they can take control of and improve their circumstances. As such, this can provide person with a temporary distraction from depression. While the person does understand that rumination won’t result in anything, they’ll continue doing it while avoiding any other thoughts. This is considered functional in that it has the same traits as problem solving has. It’s also a welcome distraction to depressive thinking and may occasionally lead to some progress.

Something similar occurs when a person becomes overwhelmed by their OCD in that depressive rumination replaces their anxiety and offers them some comfort. Unfortunately, when this occurs the person is building up evidence that their life is hopeless, and they should die. This is what causes them to justify their withdrawing from their environment and becoming inactive: Since they believe the worst will happen, they don’t see a reason to try to prevent it.

Even with the interconnectedness that’s seen here, it’s still important for a therapist to distinguish between depression and OCD when treating a patient.

Regardless of why your thoughts are out of control, it’s a painful experience. You need help from the Advantage Mental Health Center so you can distinguish between rumination and obsession here. Call and schedule an appointment today to sit down with one of our treatment providers to see what your thoughts are doing to your life so you can make changes for the better.