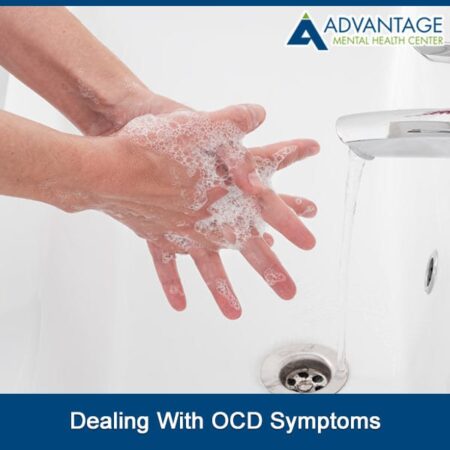 Obsessive-Compulsive Disorder (OCD) involves being obsessed with something, acting compulsively, or oftentimes both. These obsessions typically occur in the form of recurrent, unwanted thoughts. However, just because you have intrusive thoughts doesn’t mean you have this disorder. The difference has to do with the degree to which a person’s life is affected by these thoughts. When you have Obsessive-Compulsive Disorder you may see these thoughts as being dangerous or immoral. You may worry that you’ll need to act upon these thoughts. For instance, you may think that if you worry about taking your clothes off in public, you’re going to eventually do it.

The Most Common Types of Obsessions

When it comes to obsessions, researchers have discovered that people who have a mental health condition known as OCD suffer from common types. These include:

The Most Common Types of Compulsions

OCD is considered a type of anxiety disorder. Research shows that there is some element of biological predisposition. What makes this mental health condition so problematic is that the coping mechanisms people use oftentimes tend to make their problems worse. Some of the techniques that are used include:

If you or someone you love is suffering from OCD or another mental health condition, contact Advantage Mental Health Center in Clearwater and Tampa Bay, FL, today.