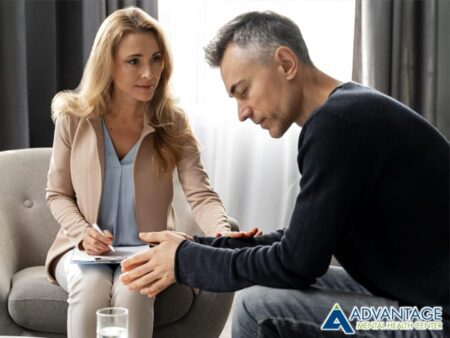 Posttraumatic stress disorder (PTSD) was traditionally thought of as a mental condition only affecting those in the service or who had seen combat. As far back as the Civil War, we noted that men returning from war would have nightmares, difficulty sleeping, and other symptoms.

In the aftermath of World Wars, I and II, service members having psychological issues were thought of as “shell shocked” meaning they would have intense reactions to loud sounds perhaps because of the sounds they experienced during battle. It became more commonly referred to as combat fatigue and these folks were expected to recover from naturally, without intervention.

Today, we realize that you do not have to experience the trials of war to have PTSD – any traumatic experience can cause PTSD symptoms.

What are some of the signs of PTSD?

PTSD and can cause irrational behavior, depression, nightmares, a lack of concentration, and even hallucinations. Simple things can be triggers that bring the person back to a moment when a traumatic event occurred in their life. The event seems to be happening in that moment rather than in the past. It is normal for someone to have these symptoms after a traumatic event, but they generally go away on their own. If they persist, it may be time to seek professional help and treatment.

PTSD is more common than one might think. Not only veterans but police, and nurses and doctors, who deal with so much loss and death, experience PTSD. Victims of abuse suffer as well and are often brought back to the trauma they experienced with things as simple as smells or sounds. PTSD can happen because someone witnesses a shocking, frightening, or life-threatening event.

This can evoke the “fight-or-flight” response. People with PTSD often feel stressed or afraid even though, in reality, they are completely safe.

People experiencing PTSD have a sort of tunnel vision. What might seem small to someone without the syndrome can be huge to a person with PTSD. A car backfiring can seem like a bomb going off. Flashbacks can occur at any moment for almost any reason.

These impulsive behaviors can ruin a person’s relationships, careers, and, ultimately, their lives. Making rational decisions can be difficult and drug and alcohol abuse is common as people try to “self medicate”.

PTSD is absolutely real. People suffering with this are not faking it to get attention or financial assistance. It is not a ploy to get out of work or responsibilities. It’s a real mental disorder and there are real treatments for it.

Getting real help can change the course of a person’s life and can restore them to a happier healthier path. PTSD must be diagnosed by an experienced psychiatric provider – a counselor, ACNP or psychiatrist who has dealt with this illness.

Treatments for PTSD can include medication such as antidepressants and generally Psychotherapy which can mean talk therapy. In many cases, both methods will be used to treat PTSD.

EMDR (Eye Movement Desensitization and Reprocessing) is a psychotherapy that is especially effective for PTSD. EMDR enables people to heal from the symptoms and emotional distress that are the result of disturbing life experiences.  Using EMDR therapy people can experience the benefits of psychotherapy that once took years to make a difference.  EMDR therapy shows that the mind can heal from psychological trauma much as the body recovers from physical trauma.

Every patient is an individual and their treatment must be treated as such. It requires an experienced mental health practitioner to properly assess the symptoms the patient is experiencing and what the trauma has caused in that patient in order to create an appropriate treatment plan.  It takes time and patience, but with the right care, a person experiencing PTSD can recover.

If you or someone you know is suffering from PTSD, please contact one of the professionals at Advantage Mental Health Center. We are in the Clearwater/Tampa Bay area of Florida and are here to help. For more information about this syndrome, visit us at https://advantagementalhealthcenter.com/ptsd-symptoms-treatment/