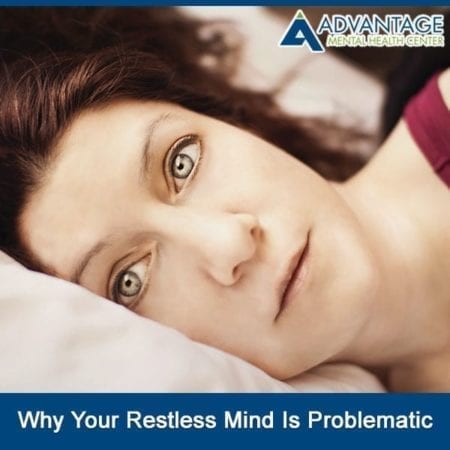 One night of restless sleep or insomnia isn’t something you should worry about. In fact, we can probably pinpoint the reason we didn’t sleep that night. However, when you start suffering several nights of insomnia in a row, then there’s a reason to be concerned.

Admittedly, you may experience brief, intermittent periods of sleep without realizing it. However, these periods of time may not seem like you’ve been asleep at all. Nevertheless, you may not want to discuss this personal issue with anyone. After all, sleep is a deeply personal matter.

Initially, insomnia will make you feel like there’s something wrong with you. After all, your circadian rhythm is out of sync compared to how everyone else’s is acting. You may feel a sense of anxiety about this that prevents you from sharing your experience with anyone around you. Instead, you may find yourself ignoring the issue in hopes that it’ll simply go away. There’s some good news here though: You’re not alone. Not only are many others suffering with this issue, but this is an issue that’s as old as humanity.

As such, you may want to ponder why so many people are ashamed when they suffer from insomnia. Sometimes it’s because of the mental health stigma that seems to go along with this issue – the fact that many people think that you may have another issue (e.g. anxiety) that’s leading to your insomnia.

The Truth About Insomnia

Another interesting fact about insomnia is that more women than men suffer. In total about 60 million Americans have some form of a sleep disorder. Unfortunately, many of these people don’t even realize they’re suffering from it though.

Many who do know that they have insomnia don’t see a doctor. Instead, they try to power through it, thinking that they don’t have a “medical” problem. However, the lack of sleep does have symptoms including moodiness and anxiety. Unfortunately, this means that it’s a mental health issue, which is why there’s such a stigma about seeking help for it. Instead, people will try to determine what’s keeping them up at night, especially when they have many things in their lives for which they feel truly thankful. What these people fail to see though is that they may be suffering from doubt. While they may not have enough doubt to think it’d disturb their mental health, truth be told all it takes is a small amount to cause a big ripple.

There should be no shame in seeking help for your mental health, especially when it’s causing bigger issues to surface in your life. You shouldn’t have to hide your insomnia either. Ignoring these things will only give rise to bigger issues in your life, which could possibly in turn cause you to start experiencing panic attacks which aren’t fun since they can often make you feel as though you’re having a heart attack. These things do and will happen when your body doesn’t get the sleep it needs, especially when this occurs over a lengthy period of time.

Remember, you’re in control here. When mental health issues like anxiety keep you awake at night, you’ll want to seek help. Having a professional who truly understands what you’re going through is important. That’s why you should reach out to the Advantage Mental Health Center. They can help you regain your slumber soon.