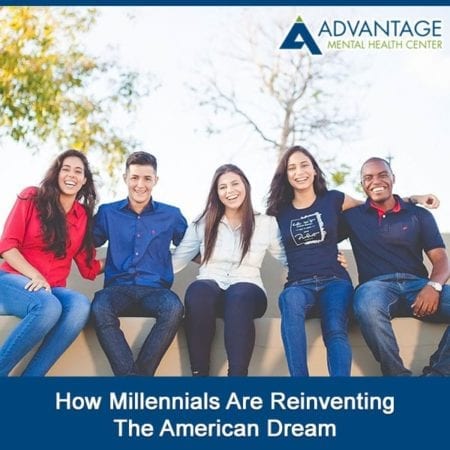 The American dream is deeply ingrained in most Americans’ psyche. Originally it was defined by James Truslow Adams. He said that most Americans were seeking after a better, deeper, richer life than what they were born into. Today, this vision continues shaping people’s lives albeit mainly in their imaginations.

The History Behind the Concept

Understanding the history of the American dream will help you understand how it became such a powerful force, driving us to do the things we do today. Coined in 1931, the idea behind this phrase is older than America itself. It has to do with our effort to break through from the Old World – especially its church and state shackles. At that time, we embraced what was considered a radical notion of being free to chart our own path.

Our founding fathers visualized us having private property so it makes sense that owning your own home would soon be central to the dream. In fact, Thomas Jefferson’s “pursuit of happiness” included owning your own land.

This concept is also deeply rooted in the Puritan ideology. Here we read that hard work is necessary for achieving financial stability, hence we can understand how we’ve come to believe that we’ll be happier if we can earn more money.

All these concepts are now woven into our fabric of everyday life, especially when we look at popular and consumer culture. There we see TV and movies reinforcing the ideas of aspiration, upward mobility, and the ethos of success.

Challenging or Rejecting the Concept

The American dream is the most powerful driving force in society today. Nevertheless, it’s difficult to either challenge or accept it because it has so many different meanings now. There is one dominant definition that’s lasted throughout the years though: Achieving the “good life” means enjoying financial stability which is signified by owning a nice house and plenty of consumer items to fill it with followed by a comfortable retirement. This is something that was cemented in many Americans minds after World War II when Cold War politics led to the emergence of the domestic and consumerist American Way of Life – something that’s now our civil religion and heavily engrained in our national psyche.

The Rise of a new Concept

It’s long past due time for us to permanently retire the narrative of the American dream. This is especially true considering how today’s economic, social, and political forces are making this concept irrelevant and unachievable. Now many of today’s millennials are subscribing to a different concept, one that’s more like the original, pure meaning of this expression. In doing so they’re directly challenging the dominant narrative and instead choosing to remain single, not have kids, rent a home, not attend college, and job hop. It wasn’t so long ago that these things were thought of as going against everything America stood for. However, student debt disrupted the original concept for this whole generation.

Even with these changes there’s still a lot of pressure for young adults to buy into the postwar idea of the American dream. This is because many people still find the thought of a mortgaged home surrounded by a white picket fence and occupied by two married, college graduates who are now gainfully employed with two children quite appealing. Time will tell whether this dream will continue or be reinvented as a new way of guiding people’s future. Nevertheless, there are still many people today who find that the American dream eludes them. This can be depressing. If you find yourself feeling this way, reach out to the Advantage Mental Health Center for the help you need.